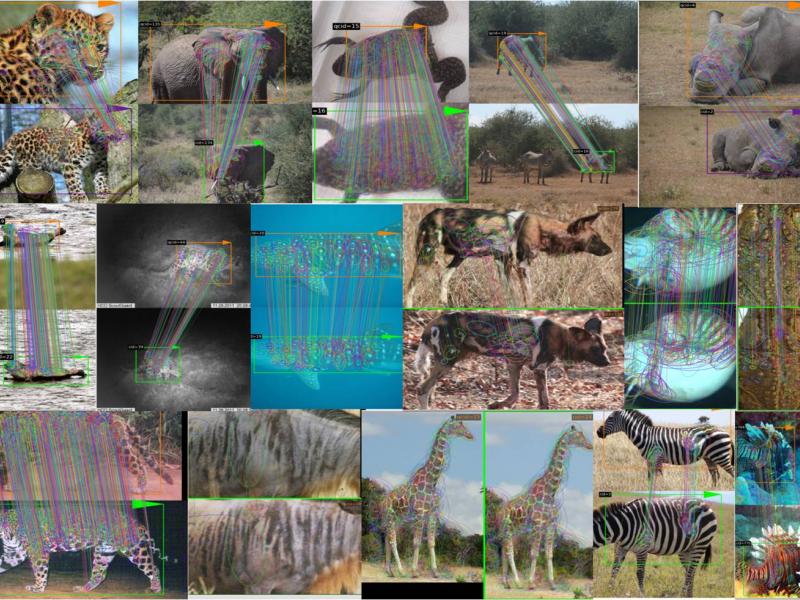 An expert in applying artificial intelligence (AI) to problems in animal ecology at Rensselaer Polytechnic Institute will join a team of researchers in a new $20 million National Science Foundation (NSF) Artificial Intelligence Research Institute announced on Thursday. The Intelligent Cyberinfrastructure with Computational Learning in the Environment (ICICLE), one of 11 new institutes, will build next-generation cyberinfrastructure aimed at rendering AI more accessible to non-experts.

Chuck Stewart, professor and head of the Department of Computer Science at Rensselaer, joins ICICLE as an expert in the ecological applications of computer vision, such as taking population censuses, tracking land use, and monitoring behavior. Stewart is a co-investigator in the Wildbook project with Wild Me, which builds open software and artificial intelligence for the conservation research community. The project draws heavily on open-source software he and his students created, known as the Image-Based Ecological Information System, which can identify individual animals in ordinary photographs and match them against images of known animals stored in a database.

“It’s an honor to be joining a group of very talented AI and machine learning and application-focused people to solve some really important problems,” Stewart said. “Ecology is an important part of this, but an even bigger emphasis is making it easier for non-specialist to use AI to do things that they can’t do because of the complexity of the AI models and the scale and volume of the data.”

Stewart explained part of the project as using intelligent systems to configure algorithms for specific purposes, like ecological applications, or as he put it, “using an AI to construct an AI.”

According to Ohio State University, which will lead ICICLE, the new institute will create a unique plug-and-play AI-as-a-service that will seamlessly adapt to the changing data and infrastructure needs of the end user. Using natural language conversational and visualization-powered user interfaces, ICICLE will democratize AI by making it easy for use by non-experts and ubiquitously accessible on a plethora of devices from edge to center.

The five-year project will focus on three application domains: Smart Foodsheds, Digital Agriculture, and Animal Ecology. The team will use edge devices such as drones and remote sensing platforms to map, monitor, and design the underlying topology, species composition, and function of a landscape to co-design an AI enabled cyberinfrastructure that, in turn, will enhance food security, allow superior digital management of agricultural production, and help us better understand the movement and behavior or animals in the context of habitats.

ICICLE includes a core team of 46 academic researchers and staff scientists from 13 universities, and more than 40 institute partners including Department of Energy research labs, the U.S. Fish and Wildlife Service, nonprofit organizations, university-based research centers, and private industry. Rensselaer will receive $353,259 as part of ICICLE.