Algorithms, Platforms and our Social Contract

Big-data Trained algorithms are increasingly used to make big decisions about people’s lives, such as who gets loans, whose resumes are reviewed by humans for possible employment, and even the length of prison terms. Algorithmically moderated platforms are making profound impacts on our personal and public relationships such as how we find a job, how we get our news, even how we find a spouse. To build the world we want, we need algorithms and platforms to be accountable and transparent, In this talk, I will illustrate the problem as well as key principles for achieving algorithmic accountability and transparency including awareness, access and redress, accountability, explanation, data provenance, auditability, validation and testing, I will also discuss the real challenges – technical and societal – to realizing these principles in practice as well as some promising research that is advancing our ability to do so. 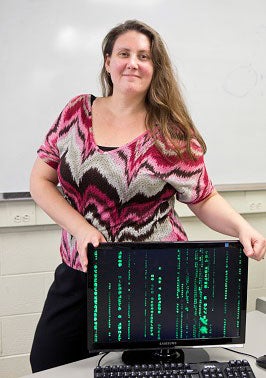 Jeanna N. Matthews is an associate professor of Computer Science at Clarkson University (Potsdam, New York) and an ACM Distinguished Speaker. She is a member of the Executive Committee of US-ACM, the U.S. Public Policy Committee of ACM. She is the co- chair of US-ACM’s subcommittee of Algorithmic Transparency and Accountability. She was the chair of the ACM Special Interest Group on Operating Systems (SIGOPS) from 2011 to 2015 and is currently on the ACM Council. She is a 2017-18 Fellow at Data and Society in Manhattan. She has written several popular books including “Running Xen: A Hands-On Guide to the Art of Virtualization” and “Computer Networking: Internet Protocols in Action”. Her research interests include virtualization, cloud computing, computer security, computer networks and operating systems. At Clarkson, she leads several hands-on computing laboratories including the Clarkson Open Source Institute and Clarkson American Grid Scholar’s Challenge, the 2005 Unisys Tuxmaster competition, and the 2006 VMware Ultimate Virtual Appliance Challenge. She has worked actively on industrial projects with companies including VMware, Intel, IBM, AMD, HP and Greenplum/EMC. Jeanna received her Ph.D. in Computer Science from the University of California at Berkley in 1999 and her B.S. in Mathematics and Computer Science from Ohio State University in 1994.