COVIDMINDER reveals the regional disparities in outcomes, determinants, and mediations of the COVID-19 pandemic. Outcomes are the direct effects of COVID-19. Social and Economic Determinants are pre-existing risk factors that impact COVID-19 outcomes. Mediations are resources and programs used to combat the pandemic. COVIDMINDER analysis and visualizations are by students and staff of The Rensselaer Institute for Data Exploration and Applications at Rensselaer Polytechnic Institute with generous support from the United Health Foundation. COVIDMINDER is an open source project implemented on the R Shiny platform.

MortalityMinder (MM) is a web-based visualization tool that enables interactive exploration of social, economic and geographic factors associated with premature mortality among mid-life adults ages 25-64 across the United States. Using authoritative data from the CDC and other sources, MM is a freely available, publicly-accessible, open source, and easily maintained tool. The goal of MortalityMinder (MM) is to enable healthcare researchers, providers, payers, and policy makers to gain actionable insights into how, where, and why midlife mortality rates are rising in the United States (US). It is designed to help healthcare payers, providers and policymakers at the national, state, county and community levels identify and address unmet healthcare needs, healthcare costs, and healthcare utilization.

James Hendler is the Director of the Institute for Data Exploration and Applications and the Tetherless World Professor of Computer, Web and Cognitive Sciences at RPI.  He also is acting director of the RPI-IBM Artificial Intelligence Research Collaboration and serves as a member of the Board of the UK’s charitable Web Science Trust.  Hendler is a data scientist with specific interests in open government and scientific data, AI and machine learning, semantic data integration and the use of data in government. One of the originators of the Semantic Web, he has authored over 450 books, technical papers, and articles in the areas of Open Data, the Semantic Web, artificial intelligence, and data policy and governance. He is also the former Chief Scientist of the Information Systems Office at the US Defense Advanced Research Projects Agency (DARPA) and was awarded a US Air Force Exceptional Civilian Service Medal in 2002. He is the first computer scientist ever to have served on the Board of Reviewing editors for Science. In 2010, Hendler was selected as an “Internet Web Expert” by the US government and helped in the development and launch of the US data.gov open data website. In 2013, he was appointed as the Open Data Advisor to New York State and in 2015 appointed a member of the US Homeland Security Science and Technology Advisory Committee. In 2016, became a member of the National Academies Board on Research Data and Information, in 2017 a member of the Director’s Advisory Committee of the National Security Directorate of PNNL  and in 2021 became chair of the ACM’s global Technology Policy Council. Hendler is a Fellow of the US National Academy of Public Administration, the AAAI, AAAS, ACM, BCS and IEEE. 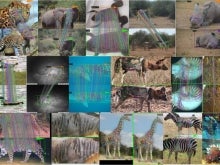 This study examines how social determinants associated with COVID-19 mortality change over time. Using US county-level data from July 5 and December 28, 2020, the effect of 19 high-risk factors on COVID-19 mortality rate was quantified at each time point with negative binomial mixed models. Then, these high-risk factors were used as controls in two association studies between 40 social determinants and COVID-19 mortality rates using data from the same time points. The results indicate that counties with certain ethnic minorities and age groups, immigrants, prevalence of diseases like pediatric asthma and diabetes and cardiovascular disease, socioeconomic inequalities, and higher social association are associated with increased COVID-19 mortality rates.
James Hendler Named Chair of ACM Technology Policy Council 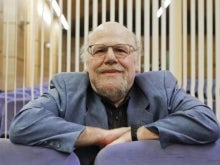 James Hendler, the Tetherless World Professor of Computer, Web, and Cognitive Sciences at Rensselaer Polytechnic Institute, has been named chair of the Technology Policy Council for the Association for Computing Machinery (ACM).

Anonymous (not verified) Tue, 07/06/2021 - 20:00
Will the Next Generation of Exascale Supercomputers Be Able To Work With Complex Petascale Data? 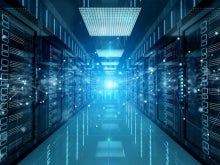